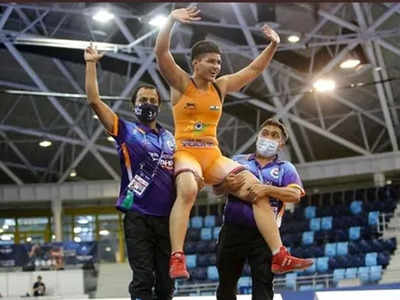 Priya Malik has given the country another reason to smile as, on Saturday, weightlifter Mirabai Chanu won a silver medal at the Tokyo Olympics.

Priya Malik had also won the gold medal in the 2019 edition of Khelo India in Pune and she then went on to clinch gold at the 17th School Games held in Delhi.
Earlier Tannu had won the title in the 43kg category.