-The cover page of the book is dark yellow in colour and there are lots of small pictures.

-The book contains total of 9 chapters and 135 pages.

-The pages are of good quality. Each chapter has maps, tables, graphics, boxes, cartoons and other illustrations to enliven reading.

– The font size of the letters are visible enough and are writes in blue and black colour.

THEME OF THE BOOK: The theme of the book is world politics, which include some useful concepts with which one can understand world politics: the cold war, the notion of hegemony, international organizations, national security and human security, environmental security, globalization and so on.

AUTHOR’s POINT OF VIEW: The main of the author is to enlarge the understanding of students about the scope of politics to the world stage. As India becomes more prominent in international politics and as events outside the country influence our lives and choices, we need to know more about the world outside.

International affairs are discussed with great passion in India, but not always with sufficient understanding. We tend to rely on the daily newspaper, television and casual conversation for our knowledge of how the world works. The author hopes this book will help students comprehend what is happening outside and India’s relations with it.

AGE GROUP: The 12th standard political science textbook ‘CONTEMPORARY WORLD POLITICS’ is intended for the age group of the student between 16-18 years.

Review of the book:

The chapter is about the cold war that started as a result of the end of the historic second world war. The world war ended when the US dropped two atomic bombs on the Japanese cities of Hiroshima and Nagasaki in August 1945, causing Japan to surrender.

The end of the second world war was the rise of two superpowers on the global stage- the US and the USSR. Both sides have the capacity to relate against an attack and to cause so much destruction that neither can afford to initiate war. Thus the cold war- in spite of being an intense form of rivalry between great powers- remained a ‘cold’ and not hot or shooting war.

During the cold war period, most of the third world countries adopted the policy of staying away from alliances which is known as the non-alignment movement. These countries play an important role in mediating between the two rival alliances in the cause of peace and stability.

Their strength was based on their unity and their resolve to remain non-aligned despite the attempt by the two superpowers to bring them into their alliances. Most of the non-aligned countries were categorised as the least developed countries- was to be more developed economically and to lift their people out of poverty. Without sustained development, a country could not be truly free. The idea a New International Economic Order originated with this realization.

The chapter will help students to know how the dominance of two superpowers US and USSR was control by the cold war. The chapter includes some pictures related to cold wartime which help readers to understand in a better way.

Chapter 2: The end of bi-polarity

This chapter deals with how the Soviet Union disintegrated. The Soviet Union became a great power after the second world war. The soviet economy was then more developed than the rest of the world except for the US. However, the soviet system became very bureaucratic and authoritarian, making life very difficult for its citizens. They felt neglected and often suppressed.

The soviet economy was fultering in the late 1970’sand became stagnant. In December 1991, under the leadership of Boris Yeltsin, Russia, Ukraine and Belarus- three major republics of the USSR, declared that the soviet union was banned.

Capitalism and democracy were adopted as the bases for the post-soviet republics. Russia was now accepted as the successor state of the Soviet Union. The old Soviet Union was thus dead and buried. The collapse of the USSR led to the end of the cold war and create a unipolar or multipolar world system.

The chapter will help the student to understand the concept of the unipolar, bipolar or multi-polar world system.

CHAPTER 3: US Hegemony in World politics

This chapter described the era since then has been called as a period of US dominance or a unipolar world. The US hegemony began in 1991 after soviet power disappeared from the international scene. Politics is about power.  This power is maybe in the form of military domination, economic power, political clout and cultural superiority.

The chapter also explained three meanings of hegemony. The first meaning relates to the relations, patterns and balances of military capability between states. American military dominance today is both absolute and relative. The second meaning is that an open world economy requires a hegemon or dominant power to support its creation and existence.

This type of hegemony is reflected in the role played by the US in providing global public goods, like- clothes, the internet etc. The third sense of hegemony is about the capacity to manufacture consent. Hegemony arises when the dominant class or country can win the consent of dominated classes. The predominance of the US in the world today is based not only on its military power and economic powers but also on its cultural presence.

India’s relationship with the US: After the collapse of the soviet union, India suddenly found itself friendless in an increasingly hostile international environment. However, India’s policy of economic liberalization and its impressive economic growth rates in recent years have made the country an alternative economic partner for a number of countries including the US . The US absorbs about 65% of India’s total exports in the software sector, 3,00,000 Indians works in the Silicon valley etc.

In this way, the chapter will help students to understand US hegemony in world politics after cold war and India’s policy options in dealing with the US.

This chapter discusses briefly some of the emerging alternatives centres of power and assesses their possible role in the future. After the end of the bipolar structure of world politics in the early 1990s, it became clear that alternative centres of political and economic power could limit America’s dominance.

Thus in Europe, the European Union and in Asia, the Association of South-East Asian Nations have emerged as forces to reckon with.

While evolving regional solutions to their historical enmities and weaknesses, both the EU and the ASEAN have developed alternative institutions and conventions that build a more peaceful and cooperative regional order and have transformed the countries in the region into prosperous economies. The economic rise of China has made a dramatic impact on world politics.

This chapter deals with the developments in the post-cold war era in our own region, South Asia. South Asia usually include the following countries: Bangladesh, Bhutan, India, the Maldives, Nepal, Pakistan and Sri Lanka.

The post-cold-war era has not meant the end of conflicts and tensions in this region when India and Pakistan joined the club of nuclear powers, this region suddenly becomes the focus of global attention.

The focus was of course, on the various kinds of conflict in their region: there are pending border disputes( Kashmir issues between India and Pakistan), water sharing disputes between the states of the region. Besides, there are conflicts arising out of insurgency, ethnic strife and resource sharing. This makes the region very turbulent.

At the same time, many people in South Asia recognize the fact that this region can develop and prosper if the states of the region co-operate with each other. This chapter discussed the political system of the countries in Sri Lanka, India-Pakistan conflicts, India’s relationship with other neighbours etc.

UNO- On 1945 June 26, 51 nations signed the UN charter. UN was founded on 24 October 1945, hence October 24 is celebrated as UN Day. India joined the UN on October 30, 1945. The UN’s objective is to prevent international conflict and to facilitate cooperation among states.

World Bank: The World Bank was created immediately after the second world war in 1945. Its activities are focused on developing countries. It works for human development, agriculture and rural development, environmental protection. It provides loans and grants to the member countries.

World Trade Organisation: The  WTO is an international organization that sets the rules for global trade. This organization was set up in 1995 as the successor to the General Agreement on Trade and Tariffs(GATT) create after the second world war. It has 150 members.

The chapter helps the student to know about various international organization and their roles or function.

CHAPTER 7: Security in the contemporary world

This chapter discuss the meaning of Security and highlights the importance of keeping in mind different contexts or situations which determine our view of security. At its most basic , Security implies freedom from threats.

The chapter discussed both the external and internal security of a nation. In the traditional conception of security, the greatest danger to a country is from military threats. The source of this danger is another country that by threatening military action endangers the core values of sovereignty, independence and territorial integrity. The chapter also discussed how alliances or coalitions of states are helpful to coordinate their actions to defend against military attack.

The chapter has more importance because as a citizen of a democracy, we need to know more about the term security, the sources of insecurity or India’s security concern. This chapter will help student to know all these thing.

This chapter is about some of the contentious issues in the global politics of the environment and India’s stand on environmental issues. India signed and ratified the 1997 Kyoto protocol in August 2002. India, China and other developing countries were exempt from the requirements of the Kyoto protocol because their contribution to the emission of greenhouse gases during the industrialization period was not significant.

However, the critics of the Kyoto protocol point out that later or sooner, both India and China, along with other developing countries, will be among the leading contributors to green gas emissions. At G-8 meeting in June 2005, India pointed out that the per capita emission rate of the developing countries are tiny fraction of those in the developed world.

The Indian government is already participating in global efforts through a number of programmes. For example, India’ national Auto-fuel policy mandates cleaner fuels for vehicles. The energy conservation act passed in 2001, outlines initiatives to improve energy efficiency. India has one of the largest renewable energy programmes in the world.

This chapter examines the growing significance of environmental as well as resource issues in world politics. It analysis in a comparative perspective some of the important environmental movements against the backdrop of the rising profile of environmentalism from the 1960s onwards.

This chapter begin with analyzing the concept of globalization and its causes. Globalisation as a concept fundamentally deals with flows. These flows could be of various kind- ideas moving from one part to another, capital shunted between two or more places, commodities being traded across borders, and people moving in search of better livelihoods to different parts of the world.

The chapter also discussed the political, economic and cultural consequences of globalization.

-As we know, the NCERT text is almost a decade old and there is a need to update the same.

-In the book, the note below cartoons may be modified( to avoid too much personal focus).

-the picture in chapter 87 that shown the UN secretaries-general list needs updating.

-the map that shown ‘ Troubled waters, trapped people’ in page 125, is not clear. It may be replaced by some other picture.

In conclusion, we can say that NCERT has done a commendable job in trying to describe all the important aspects of contemporary world politics. I find this book very interesting and enlightening. It will be valuable reference material for students taking courses in Political science.

So that sums up the critical analysis of NCERT political science textbook of class 12. Hope you like it. 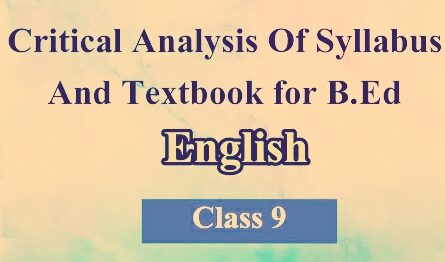 Critical Analysis of Syllabus and Textbook for B.Ed 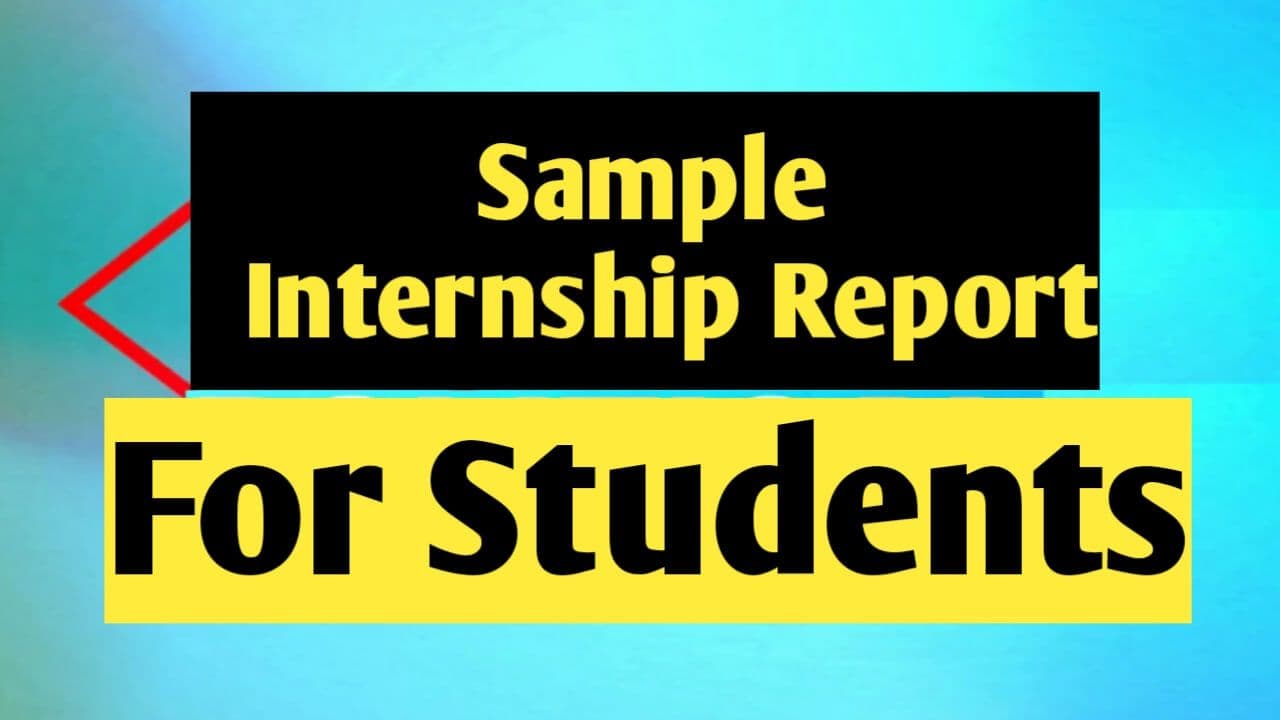 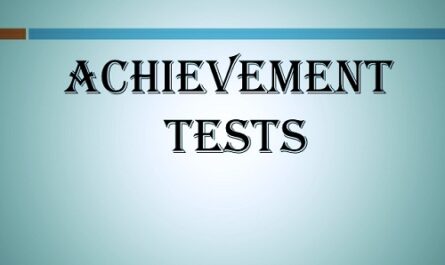