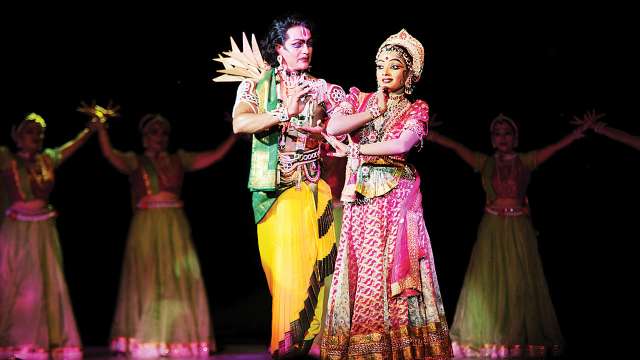 After the bhumi pujan of Shri Ram’s temple in Ramnagri Ayodhya, now the atmosphere is changing.

Ramlila is going to be tied here again. If the corona infection subsides, then the people of Ayodhya will get to see a great Ramleela, but even if the Corona stays that way, Ramleela will be played online.

If Corona wreaks havoc, Ramiola will be broadcast online at a select location in Ayodhya. It can be broadcast on TV channels, Instagram Live, Facebook, YouTube and other social media platforms.

There will also be a political and film mood
Film star Ravi Kishan and Bhojpuri film star Manoj Tiwari will be seen playing important roles in the giant Ramlila in Ayodhya.

There will be a gathering of big stars in this Ramlila. In Ramlila, Ayodhya, Bollywood star and Dara Singh’s son, Bandu Dara Singh, including TV star Shahbaz Khan and many more film and TV stars will be in the spotlight.

Bandu Dara Singh is a wrestler and the son of the late Dara Singh, who played Hanuman in Ramanand Sagar’s very popular serial Ramayana.

In Ramlila, Rao will be seen playing the role of TV star Shahbaz Khan. In addition, many Bollywood and TV stars will be seen in the lead roles of Ramlila.