Skip to content
Travelling
The modern and lively city of Belfast is situated on the east coast of Ireland, straddling the border between counties Antrim and Down and the rivers Lagan and Farset. It is the capital city of Northern Ireland and is still a major port, with commercial and industrial docks.

Belfast was the birthplace of the RMS Titanic, which famously struck an iceberg and sunk in 1912. This legacy is recalled in the renovated dockyards Titanic Quarter, which includes the TitanicBelfast, an aluminum-clad museum reminiscent of a ship’s hull. Belfast has an infectious atmosphere with a fabulous sense of humor, and an ever-growing range of places to eat, drink and be entertained.

Top 10 Things To In Belfast 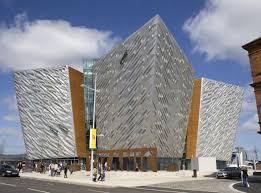 The old Harland and Wolff shipyard in Belfast’s docks is where the world’s most famous oceanliner was assembled. The head of the slipway where the Titanic was built is now occupied by a cutting edge museum with a bold design.

Titanic Belfast is a multimedia extravaganza that uses multi-sensory technology to send you back to Belfast in the 1910s when the Titanic was assembled and launched. You can see recreations of cabins on board, learn fascinating facts about the vessel and even enjoy afternoon tea in a recreation of the famous grand staircase from the ship.

Visitors can explore this iconic six-floor building and its 9 interactive galleries, taking you through the stories, sights, sounds and even smells of Titanic.

The Hop-on Hop-off Bus Belfast is the best way to see all you want in this large port city, home to stunning architecture, world-class museums, and great attractions. From Belfast Castle to the historic harbor district, hop on and off whenever you like, at all of Belfast’s best, most convenient locations for sightseeing

.Each bus is equipped with panoramic windows and audio guides giving helpful commentaries along the route.

Belfast Zoological Gardens is located in a relatively secluded location on the north-eastern slope of Cavehill, overlooking Belfast’s Antrim Road, resulting in a uniquely tranquil environment for the animals.

There are more than 130 different species in the park, along with favorites like giraffes, zebras, tigers, lions and Asian elephants. The zoo has a schedule of feedings and talks, and an area where children can feed and befriendShetland ponies, Tamworth pigs, miniature donkeys, and African pygmy goats.

Belfast Castle estate is situated on the lower slopes of Cave Hill Country Park in north Belfast and has amazing views over Belfast Lough. It contains both parkland and mature mixed woodland and offers superb views of the city from a variety of points.

6) At number 6 is Belfast Cathedral

Belfast’s cathedral was built in stages at the beginning of the 20th century on the site of the old St Anne’s parish church going back to 1776. It is one of Belfast’s most magnificent buildings with stunning stained glass windows, great mosaics, and beautiful Romanesque arches.

Visitors can also see the Titanic Pall, which is a beautiful cross, dedicated to those who sank with the Titanic in 1912.

Belfast’s classical Renaissance-style City Hall was built in fine, white Portland stone in 1906. This stunning Edwardian civic building, in the center of the city, offers free public tours led by an experienced guide.

Take a tour around the beautifully decorated interior and learn about its history or walk in the gardens to discover the Titanic memorial, some lovely artwork, and beautiful statues.

4) At number 4 is Belfast Botanical Gardens

These elaborate public gardens were established in 1828 by the Belfast Botanical and HorticulturalSociety, in response to public interest in horticulture and botany. The 28-acre public park centers on the 19th-century Palm House that is a magnificent cast-iron and glass construction with a birdcage dome.

The site contains many exotic tree species and impressive plant collections mainly from the Southern Hemisphere.

Launched in 1914 and moored in the Titanic Quarter, HMS Caroline is the surviving vessel that fought at the Battle of Jutland in 1916.

All of the amazing spaces across three decks have been recreated to look exactly as they did when HMS Caroline first left her slip-way to enter the naval service. Onboard you can see the restored cabins and mess, and check out interactive exhibitions about naval warfare in the First World War.


2) At number 2 is Hillsborough Castle and Gardens

Built-in the 1770s, Belfasts Hillsborough Castle is the official residence of the royal family, whenever they’re visiting Northern Ireland, and the Secretary of State for NorthernIreland lives here year-round.

Visitors can explore 40 hectares of gardens, and get a guided tour of the castle to see the elegant State Rooms, the graceful Drawing Room, and even the regal Throne Room.

1) And at number 1 is Stormont Parliament Buildings

The Parliament buildings are open to the public Monday to Friday and visitors can take a free tour and explore the beautiful surroundings of the Stormont Estate. The Parliament building is just 15 minutes from the city center, set in parkland, and enjoys imposing views across Belfast to the Black Mountain and Belfast Hills.

There are six pillars in the portico, each representing one of Northern Ireland’s counties, while the building is 365 feet wide, each foot representing a day of the year.


So that sums up our top 10 things to do in Belfast, we hope you enjoyed it.

Top 10 Things To Do In Benidorm