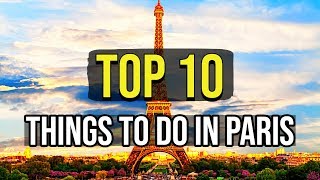 Paris, Capital City of France, is the country’s largest city and is situated on the river seine, in northern France, at the heart of the Ile-de-France region. Paris is spread widely on both banks of the River Seine and includes two islands, theÎle Saint-Louis and the larger Île de la Cité, which form the oldest part of the city.

Today, Paris is one of the worlds leading business and cultural centers, and its influence in politics, education, entertainment, media, fashion, science, and the arts all contribute to its status as one of the world’s major global cities.

It boasts a vibrant economy and local culture, rich political and artistic history, an unusual number of fascinating tourist sites and outstanding architecture. Its 19th-century cityscape is crisscrossed by wide boulevards and the River Seine that divides the city.

With old age architecture and new age skyscrapers, Paris is a living blend of old and new. One of the most beautiful cities in the world and home to many historical monuments such as Notre Dame, the Eiffel Tower, and the Louvre, there is an endless number of attractions to keep visitors entertained.

One of the world’s largest and most visited art museums, the Louvre, is widely considered to be one of the best art museums in Europe and one of the best in the world. The Louvre Palace started out as a medieval fortress, before becoming a gallery for artists to study antiquities and the works of Old Masters in the 1700s.

The Louvre Museum occupies the four sides of the palace around the Cour Carrée. The museum first opened its doors in 1793 and features a grand total of 35,000 works of art. There are antiquities from scores of world cultures and a collection of Renaissance and baroque art that puts every other museum in the world to shame.

Among the treasures of the museum is the Victory of Samothrace one of the most celebrated sculptures in the world, the Venus de Milo, and the iconic Mona Lisa. The enormous collection contains works spanning centuries, with a huge cultural and geographic spread.

Although the Louvre is a must-see, the sheer enormity of the museum can be overwhelming, so much so that covering the entire 650,000 square feet of gallery space in a day is close to impossible. The best strategy is to pick what you want to see ahead of time and grab a map so you can easily locate those works of art and enjoy your time at this amazing attraction.

Just outside the parks is an entertainment center, Disney Village, with shops, restaurants, bars, and a cinema. Within the resort, there are multiple hotels, a golf course, and promenades linking the hotels to the parks.

Visitors can enjoy over 50 attractions including world-class rides like Star Tours, Tower of Terror, and Buzz Lightyear’s Laser Blast. The Forest of Enchantment is a celebration of nature filled with wandering Disney characters, which will please all young children and maybe adults as well.

At Disneyland, Park kids can meet Mickey and their favorite movie characters and with spectacular live shows, heart-warming meet-and-greets as well as explosive firework displays and exciting parades, Disneyland Paris is fantastic entertainment for all the family!

8) At number 8 is Notre-Dame Cathedral

Notre-Dame Cathedral has been at the epicenter of the city of Paris for over 850 years and it’s unmistakable towers rise from the eastern point of the Île de la Cité in the Seine.

Located along the picturesque River Seine, the Notre-Dame Cathedral is considered a Gothic masterpiece and is often regarded as one of the best Gothic cathedrals of its kind. Its grand exterior, with its two enduring towers and flying buttresses, is an alluring attraction to countless visitors.

The architectural details are intricate and the front entrance boasts carefully carved statues that integrate seamlessly into its stone facade. Visitors have the option of climbing the cathedrals 387 steps for spectacular views of the city or to venture below to the crypt to view ancient remains.

7) Number 7 is the Palace of Versailles

The Château de Versailles is one of the most famous castles in France and has been listed as a UNESCO World Heritage Site for over 30 years. Built-in the 17th century as a symbol of military might, Versailles was the seat of political power in the Kingdom of France from 1682 to 1789.

A testament to the opulence and excess of the ancient regime, Versailles grew from a hunting lodge in the 17th century to the ultimate statement of power in the century that followed. The Palace garden is the largest of its kind in Europe, created back in the 17th century, with a geometric pattern of bushes, flowerbeds, and trees.

One of the most eye-catching features of the Palace is the Hall of Mirrors that measures73m in length and is comprised of 17 arched windows, with each window embellished with 21 individual mirrors, it’s also lined with statues and busts.

This huge complex of buildings, gardens, and terraces is definitely a must for any visitor who will be captivated by exceptional accommodations, lavish decorations, beautiful furniture and gilded works of Renaissance art.

6) At number 6 is Aquarium de Paris

The Paris Aquarium is located in the gardens of the Trocadéro in front of the Eiffel Tower. It is a world-class festival of the sea and one of the oldest aquariums in the world. It was built in 1867 and has more than 10,000 creatures that call its depths home.

The fish swim in 4 million liters of water, with tanks holding aquatic life from far-flung tropical locations, as well as from closer to home. In fact, the first section is full of carp, sturgeon and roach swimming in a re-creation of the nearby River Seine.

The aquarium also has two large screens that show aquatic documentaries, many live feeding demonstrations, and also a touch tank, where kids can get their hands on some slippery ornamental fish. Featuring mermaid shows and a shark basin full of predators, this is a really popular attraction in the center of Paris.

5) Number 5 is the Arc de Triomphe

On Place de l’Etoile at the western end of the Champs-Elysées is the monumental architected to celebrate the victories and remember the war dead of the French Revolutionary and Napoleonic Wars.

Inspired by the great arches of ancient Rome, Napoleon commissioned the Arc de Triomphe shortly after his victory at Austerlitz. With relief sculptures at the base of each of the four pillars, ornate soldiers in a frieze around the top, plus the names of 128 battles, this highly decorated arch is an important site.

Beneath the arch at ground level lies the Tomb of the Unknown Soldier. The Unknown Soldier was laid to rest in 1921, in honor of the 1.3 million French soldiers who lost their lives in WWI.

A member of the armed services rekindles an eternal flame daily at 6.30pm. Aside from admiring the arch, visitors can climb to the top and take in the Parisian panorama. At 50 m high, the view from the platform at the top of the arch is well worth the 284-step climb.

The Paris Zoo was built for the 1931 Colonial Exhibition in Paris and showed the public exotic animals in a “natural” setting. Today the Zoo covers an area of 14.5 hectares in the woodland of Bois de Vincennes.

Nearly 180 species and over a thousand animals await, to take you on a round-the-world tour of biodiversity, including mammals, birds, reptiles, amphibians, fish, and invertebrates. They have been selected extremely carefully according to conservation criteria as well as their potential appeal, and educational and scientific value.

All animal habitats have been grouped into five bio-zones and visitors can explore the natural environment of the animals including a 4,000m2 tropical rainforest filled greenhouse. There is plenty of room for the animals to roam and with 4.5km of walkways where visitors can observe, a day here puts you right into the heart of an animal-centered adventure.

3) Number 3 is the Champs-Élysées

The Champs-Élysées is one of the most famous avenues in the world. This distinguished boulevard stretches for more than a mile from the glittering obelisk at Place de la Concorde to the foot of the Arc de Triomphe.

The street also leads to such sites as the Grand Palais and the Petit Palais among other attractions. The formally planted trees lining the Champs Elysées, which have become synonymous with the famed street, were first planted in 1724.

Up until that date, the now-famous avenue was a smattering of fields and market gardens. Today along its wide, tree-lined sidewalks, you’ll find luxury stores, cinemas, theatres, exhibition venues, and a bustling atmosphere.

It’s well worth a stroll and there are also eateries ranging from neighborhood bistros to fine dining restaurants.

2) At number 2 is the Centre Pompidou

The Centre Pompidou, designed by Renzo Piano and Richard Rogers, is a 20th-century architectural marvel, immediately recognizable by its exterior escalators and enormous colored tubing.

The iconic Centre opened in 1977 and brings together galleries and cutting-edge exhibitions, hands-on workshops, dance performances, cinemas, and other entertainment venues. Explore the innards of an inside outbuilding that’s considered one of the 20th century most radical high-profile architectural achievements.

The Pompidou Centre also houses the Musée National d’Art Moderne, one of Europes largest modern art museums and the collections take in every notable movement in modern and contemporary art from 1905 to today. Think Matisse, Picasso, Kandinsky, Braque, and Klee, but also giants from the last 60years like Warhol and Lichtenstein.

There are also major temporary exhibitions on the panoramic top floor that are worth a look. The center also includes a vast public library, a research center for acoustics and music, and some of the best views of the city from the rooftop.

1) And at number 1 is the iconic Eiffel Tower

The Eiffel Tower is a wrought iron lattice tower on the Champ de Mars in Paris. It is named after the engineer Gustave Eiffel, whose company designed and built the tower.No one could imagine Paris today without the Eiffel Tower but Gustave Eiffel only constructed this elegant, signature spire as a temporary exhibit for the 1889 Worlds Fair.

Luckily, the art nouveau tower’s popularity assured its survival. The tower stands at 324 meters and was the tallest structure in the country at that time. Lifts ascend to the tower’s three floors and guests can travel to the first two levels where there are shops and restaurants.

While the third level is still one of the highest accessible observation decks in Europeat 276 meters, you will need to change lifts on the 2nd floor for the final ascent to the top. Energetic visitors can climb as far as the 2nd floor via the south pillar’s 720 stairs. Refreshment options in the tower include two snack bars, the 1st-floor 58 Tour Eiffel,the gastronomic 2nd-floor Le Jules Verne, as well as a macaroon bar and, at the top,a Champagne bar.

If you are thinking of visiting in the evening, the Eiffel Tower gets a five-minute luminous spectacle every hour on the hour, operated by 20,000 light bulbs, these light shows start at dusk. A visit to the Eiffel Tower is an absolute must when in Paris and the spectacular, panoramic views are breathtaking.

So that sums up our top 10 things to do in Paris, we hope you enjoyed it.

Top 10 Things To Do In Amsterdam