Skip to content
Travelling
Liverpool is a maritime city in the north-west of England where the River Mersey meets the Irish Sea. A key trade and migration port from the 18th to the early 20th century, its also famously the hometown of the famous group, The Beatles.

Liverpool is considered to be a ‘capital of culture’ in both England and Europe, with numerous art galleries, museums, and attractions to interest all the family. 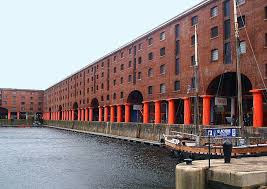 Liverpool is famous for its art collections and Tate Liverpool is one of its most well-known galleries. Tate Liverpool features work from the Tate Collection that showcases British art from the 16th century to the present day, specializing in contemporary and modern art.

The gallery stands on the historic Albert Dock, a heritage site that is a great place to find entertainment and food as well as explore the well-preserved history of this maritime city.

The Radio City Tower is Liverpool’s world-famous radio tower. Built-in 1969, it is over 400 feet tall and originally had a revolving restaurant at the top.

Today, there is an observation deck open for visitors and you can take an elevator to the top for some of the best panoramic views of the city, and to stand in a historic piece of Liverpool.

The Hop-on Hop-off Bus Liverpool is the best way to see all you want in this large port city, home to stunning architecture, world-class museums, and great attractions. From The Cavern Quarter to the historic Albert Dock, hop on and off whenever you like, at all of Liverpool s best, most convenient locations for sightseeing.

Each bus is equipped with panoramic windows and an informative live guide giving helpful commentaries along the route.

7) Number 7 is The Cavern ClubThe

Cavern Club is very famous in the music scene as the home of The Beatles during their early years. This underground cellar originally opened in 1957 as a jazz club and quickly became the hub of rock and roll during the 1960s.

The Beatles performed at the Cavern Club nearly 300 times in two years. Visit the new Cavern Club to take a photo by the stage or to catch an act following the footsteps of the famous four.

6) At number 6 is the Magical Beatles Museum

Visit one of the largest singularly owned authentic Beatles collections in the world in the heart of their hometown, Liverpool. See vintage clothes, letters, telegrams, posters, flyers, jewelry, and get close to authentic instruments like George Harrison’s guitar and Ringos snare drum.

Combining a fantastic audio-visual experience with a huge collection of memorabilia, the Magical Beatles Museum will inspire thousands of Beatles fans looking to learn even more, right in the place where it all started!

Sefton Park is one of Liverpool’s largest public parks. With almost 250 acres, this Grade 1 listed site provides an abundance of wonderful green spaces.

Kids will love the huge playground and multi-play area, while those enjoying horticulture can explore the Victorian Palm House, which is home to Liverpool’s botanical collection. There are also caves and waterfalls to discover if you’re feeling adventurous.

4) At number 4 is Liverpool Cathedral

Liverpool Cathedral is Britain’s largest church. This magnificent neo-Gothic building was designed by Sir Giles Gilbert Scott and is an absolutely stunning piece of architecture.

The cathedral is free to enter and look around, however, the tower and audio tour is highly recommended. Travel to the top of the tower on the Tower Experience and enjoy unrivaled panoramic views from 500 feet above sea level.

3) Number 3 is the Merseyside Maritime Museum

The Merseyside Maritime Museum is located on the historical Albert Dock and is the best place to go to learn more about Liverpool’s industrial and maritime history. The museum celebrates Liverpool’s international importance connecting Britain to many other nations and cultures.

At the museum, you can learn about Liverpool’s role in emigration, with many people traveling to America from Liverpool, as well as the famous ship Titanic, which had strong links to its registered city of Liverpool.

2) At number 2 is the Liverpool FC Stadium Tour

A dominant football force for most of the 1970s and 1980s, Liverpool FC remains one of the world’s most famous and best-supported clubs. They play their home games at the wonderful Anfield stadium that is north of the city center.

A tour of the stadium will reveal everything there is to know about the club’s history, plus you’ll get a glimpse inside the changing rooms, walk up the tunnel and get to stand on the pitch itself.

1) And at number 1 is the Mersey Ferry Cruise

The Daily River Explorer Cruise runs year-round and is a fantastic way for the whole family to see Liverpool’s world-famous waterfront.

The Cruise offers unbeatable views of Liverpool’s famous skyline, with an informative commentary guide to give you the facts as you go.Visitors will be captivated as the rich and fascinating history of this UNESCO World Heritage waterfront unfolds along the way.

So that sums up our top 10 things to do in Liverpool, we hope you enjoyed it.