Skip to content
Travelling
Situated on seven hills, Istanbul is a major city in Turkey that straddles Europe and Asia and is divided by the narrow waterway known as the Bosphorus. Its Old City reflects the cultural influences of the many empires that once ruled here.

Although many tourist attractions are located in, or near, the old city district of Sultanahmet, there is a dazzling array of other things to do throughout the farther reaches of the city. With so much to see in this bustling and vibrant city, Istanbul is an amazing place to explore. 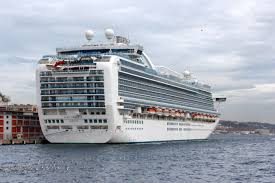 Visitors can enjoy a scenic boat ride along the Bosphorus Strait to see both the Asian and European sides of Istanbul. Sail past historic monuments like Galata Tower and the Dolmabahçe Palace, and witness the Bosphorus Bridge, connecting Asia to Europe.

You’ll be on two continents at once, then follow the Asian coast back and catch a look at the towering medieval Anatolian Fortress. The cruise is a great way to get a new perspective on both sides of this fascinating diverse city.

Hagia Sophia is considered one of the most beautiful buildings in the world with strikingByzantine architecture. For 916 years it was a church and then following the conquest of the Sultan Mehmed, it was converted into a mosque and remained so for 482 years.

Visitors can marvel at a beautiful blend of Christian and Islamic aesthetics, and be wowed by the monumental dome that appears to float above the ceiling. The effect is caused by a ring of windows along the base of the dome, which together scatter light around the stunning central nave. In 1935 it was converted into a museum and visitors can enter daily to see the stunning interior, mosaics, tiles, and Sultans lodge.

8) At number 8 is SEA LIFE Istanbul

Turkey’s first giant aquarium in Istanbul opened in 2009 and is located in the new Forum. Istanbul Sea Life offers family fun for those wishing to spend time in the underwater world and promises an unforgettable experience.

The aquarium is divided into zones, including Tropical Reef, Ocean Cave, Clownfish Alley, Rainforest and Stingray Bay, and includes an 83-meter glass tunnel with dozens of shark species swimming all around. Visitors can meet friendly sea turtles, graceful rays, and alien-like jellyfish, along with hundreds of other amazing marine species!

Dolmabahce Palace is located on the European side of Istanbul and in the district of Besiktas. Built-in the 19th century, the palace was used by the final Ottoman sultans as their primary residence and administrative seat.

The exterior architecture showcases a mix of European and Arab designs that can only be found at this global crossroads. The Palaces jaw-dropping beauty, extravagant interior, and historical importance is impressive and well worth a visit.

6) At number 6 is the Galata Tower

Galata Tower is one of the symbols of Istanbul and is situated in Galata, on a hill giving some of the best views of Istanbul. The Tower was the tallest building in Istanbul until the construction of Beyazıt Tower in1749 and during the Ottoman period, Galata Tower functioned as jail, observatory, and watchtower.

After the restorations took place in 1960, Galata Tower was opened to the public and today, the tower functions as a 360-degree viewing platform of Istanbul.

5) Number 5 is the Grand Baazar

The Grand Bazaar is situated in the historic Fatih district and within walking distance of must-visit sights like the Blue Mosque. The Bazaar is one of the biggest and oldest covered shopping markets in the world and is an important trading center dating back to the 15th century. The bustle of this local bazaar promises countless delight around every corner, with its 60 streets of 5,000-plus shops and products that include carpets, clothing, art, spices, and luxurious fabrics, all interspersed with cafes and restaurants.

4) At number 4 is the Basilica Cistern

The Basilica Cistern is Istanbul’s largest surviving Byzantine cistern and one of its most unique historic sites. The Cistern stretches far beneath Istanbul and was built in the 6th century by the ByzantineEmperor Justinian. During the Ottoman Rule, the cistern provided filtered water to the Palace of Constantinople and later to Topkapi Palace.

As visitors progress through the eerily serene, underground cistern, you’ll see amazingByzantine artworks, illuminated columns and novelty pillars such as those bearing Medusa’shead.

3) Number 3 is the Blue Mosque

The Sultan Ahmed Mosque is one of Istanbul’s most famous sites and a visit to the city would not be complete without laying eyes on its beauty. This grand mosque is made up of five main domes and six slender minarets and the interior has been decorated with over 20,000 handmade tiles that are colored blue.

A mosque is a regular place of worship and so guests are asked to dress respectfully and enter outside of regular worship hours.

2) At number 2 is the Istanbul Theme Park

Istanbul Theme Park is Turkey’s first modern theme park and is located just 30 minutes out of central Istanbul. The park is home to dozens of heart-thumping rides, as well as a variety of smaller rides for little thrill-seekers.

It is a huge complex that combines a theme park, entertainment and exhibition centers, and shopping, all in one place. With so much to choose from, you’re guaranteed a day jam-packed with thrills and family fun.

1) And at number 1 is Topkapi Palace

Topkapi Palace served as the home of the Ottoman Sultans from 1478 to 1856 and is one of Istanbulsmost popular attractions. Sultans walked the halls of Topkapi Palace for over 400 years, and it’s in these rooms that social events and administrative policies shaped the very development of Turkish civilization.

It officially became a museum in 1924 and features brilliant architecture, manicured courtyards and extensive weaponry, porcelain, art and fabric collections.

So that sums up our top 10 things to do in Istanbul, we hope you enjoyed it.