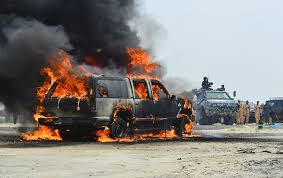 Who is Involved in The Syrian Civil War-

Today the Syrian war enters its 10th year. This war has destroyed some of the oldest cities in the world, killed more people than we’ll ever know, and scattered 2/3 of its population in search of refuge and it isn’t over. So what’s going on in Syria?

The war began as an internal affair and pro-democracy protests that escalated after a brutal government crackdown. But the story today is far more complicated.

It’s a proxy battleground for foreign powers, a site of religious and ethnic conflict as well as a civil war. This is a simplified breakdown of who is involved in the Syrian civil war and why.


Background of the Syrian Civil War

Syria is an Islamic state. The Sunnis of the Muslim community make up to 74 percent of the total population and the rest of the population is Shias.

So the Syrian civil war began long back in the year 2000 when Bashar al-Assad became the president who succeeded his father Hafiz.

Now, this Bashar al-Assad is an interesting person. He is the one around which the entire civil war story revolves.

Basically more than a president, he is a dictator since the beginning of his presidency.

Now if you all remember in the year 2011 Arab Spring began. Arab Spring is a series of anti-government protests which actually began in North Africa that is in Egypt and spread across the Middle East.

Now a similar thing happened in Syria. The Syrian population started protesting against its dysfunctional government. It all started in the southern city of Daraa.

Now, this triggered nationwide protests demanding the president’s resignation. Things got so bad when from a peaceful protest it became a violent protest.

And not to forget there’s a third group as well that is the Islamic State also known as ISIS under the leadership of Abu Bakr al Baghdadi who is the Caliph. So this is what led to the Syrian civil war.

Now let’s get to the tricky part. The President of Syria that is Bashar al-Assad, he’s not a very good guy.

He has been condemned by many international leaders and organizations for many cruel acts and also using chemical weapons against his own people.

Despite condemnation from international organizations Bashar al-Assad’s forces retook the eastern city of Aleppo from the rebels with the help of the Russian military and also with a little help of the present American government under Trump.

Now Aleppo is the largest city and the economic capital of Syria. It is now the key battleground of the Syrian civil war.

Now you must be having a serious question why is the United States and Russia helping this guy Assad?

Actually, Russia is the only one who’s actively helping Assad forces, not the United States.

Though people think that Russia and the United States are fighting ISIS in Syria, they are actually attacking each other’s supporting groups. They’re basically fighting proxy wars without indulging directly.

In 2000 when Vladimir Putin became president of Russia he wanted to expand his military power and wanted to restore Russia as a great power again how it was once in Cold War times.

Now for Russia, there’s a key Naval facility at the Syrian port of Tartus which serves as Russia’s sole Mediterranean base.

So you see the Russian help to Syria is purely self-interest based that is to create an arm’s market in the Middle East as well as to expand Russian military power to regain the status of being called as a world power.

One more important aspect is that the Middle East is closer to Russia compared to the United States or the United Kingdom.

So any unrest in the Middle East is a potential threat and may affect the large Muslim population in Chechnya which is in Russia as well as nearby countries of Russia like Azerbaijan, Kazakhstan, Tajikistan Turkmenistan, and Uzbekistan.

So the Syrian civil war is a big threat to Russia more than the West.

So to avoid all this Russia is helping Asad. There has been many instances when some Muslim citizens of Russia went and joined and the Assad forces.

Now for the United States, the benefit of fighting a war in Syria is called upon as a humanitarian act which is highly unlikely to believe.

Its role is believed to be similar to that of Russia that is gaining control over the Middle East.

However, recently after Trump became president, the Republican government ended its support for Syrian rebels and showed interest in military cooperation with Russia over the Syrian war.

Why Is It Very Difficult to Understand the Syrian Civil War?

Syrian civil war is not so simple that you can easily say one side is fighting against the other. It’s a bit more complicated. After all, everything starts out of complication.

If you were in Syria you would face difficulty in finding who is fighting for whom. The Syrian rebel forces consist of a lot of different groups.

Some of the volunteers, some wanting to defend the towns – like the Kurdish group, then some want to fight Assad’s brutality, some are religiously motivated and then there are groups who are directly supported by the United States. Turkey and Saudi Arabia which is the Free Syrian Army.

Then there are also groups that are solely financed by the Saudi Arabian and Turkish government for creating an Islamic state under the Sharia law.

So it’s a combination of groups with different aims including some groups supported by Al Qaeda as well.

1. The Syrian government and its allies:-

Russia has provided strong military support to its cold war allies since 2015 as well as protection within the UN.

Iran is also a key backer of Syria’s Shia, Alawite ruler, providing elite soldiers, weaponry, and intelligence to his war as well as Shia militiamen from groups such as Hezbollah.

This alliance has been ruthless using mass torture, airstrikes, and chemical weapon attacks to force their battered opponents into a corner.

2. The opposition and their allies

The Free Syrian Army was found in 2011 by Syrian army defectors. It is now an umbrella for various rebel groups, united in their opposition to Assad but not much else.

They range from pro-democracy fighters to jihadist factions such as Hy’at Tahrir al sham formally connected to the al-Nursa Front.

They have had support from Saudi Arabia, Qatar, and Turkey who fear Iran’s growing influence in the region plus weaker support from the US, UK, and France.

Ultimately they’ve been helpless against the combined strength of Syria, Russia, and Iran.

Kurds are the fourth biggest ethnic group in the Middle East but they have never had a country of their own.

Scattered across Turkey, Iraq, Syria, Iran, and Armenia they have often suffered as minorities.

With the Syrian government preoccupied, Kurds in the north declared autonomy in 2011.

Rojava has since been controlled by the Syrian democratic forces, an alliance of Kurdish fighters, known as the YPG and Arab militiamen.

But rather than warring with Assad, their efforts have been focused on another i.e. Islamic State.

In 2014 IS expanded from Iraq into the Syrian city of Raqqa initiating a long war. But in March 2019 the SDF declared victory.

Here they’d had some help from America. The U.S. led a global alliance against IS fighting alongside the Kurds for many years.

But after IS’s defeat, President Trump ordered US troops to withdraw leaving their former allies exposed and initiating a new front in the war.

Now Turkey has backed the opposition since the start of the war but one of their main concerns has always been the Kurds.

Since the 1970s Kurdish forces in Turkey called the PKK have pursued a bloody armed struggle for independence.

The last thing Turkey wants is an autonomous Kurdish region right on its border.

Israel has launched hundreds of airstrikes across Syria’s southern border. It fears Iran’s spreading influence and in particular its support of Hezbollah a Lebanese group formed to fight Israeli occupation.

So to sum up: Assad and his allies fight rebels in the northwest. The Kurds were fighting IS further east but now are overrun with Turkish forces.

And down south Israel launches its own attacks. But there’s another question to ask. What now? Eyes must be on Idlib the final rebel stronghold.

Amid Assad’s attempts to liberate the region almost a million have been displaced since December alone.

It’s the biggest Exodus the war has ever seen. Displacement camps are overflowing.

Children have died from the cold and even aid workers have become displaced. The UN is urgently cooling for donations.

Turkey is very involved and has helped rebels to beat back the Syrian army.

On the 5th of March 2020 president, Erdogan and Putin agreed on a ceasefire though it is not the first of its kind.

When Turkey invaded its Kurdish neighbors Amnesty recorded multiple war crimes committed against civilians. Up to 300000 people have been displaced.

Turkey wants to establish a 300-mile safe zone across its border not only to protect it from the Kurdish attack but also to resettle some of the 3.6 million Syrians it currently plays host to.

This has been criticized as an attempt to ethnically alter the region while forcibly returning refugees to an unsafe country.

And finally the Diaspora.

Besides the six million Syrians internally displaced. 6 million more have fled abroad. But borders are tightening and finding refuge is increasingly hard.

With no visible end to Assad’s reign, it’s perilous to return home. For many, there is no country in which they can legally and safely exist.