Skip to content
Travelling
Brighton is a seaside resort on the south coast of England that is part of the City of Brighton and Hove, located 47 miles south of London. Archaeological evidence of settlement in the area dates back to the Bronze Age, Roman and Angelo-Saxon periods.

Today, Brighton prides itself on its reputation as a cultural and environmental powerhouse. Stylish, progressive and full of fun, the city has a thriving arts and creative industry, with its reputation for culture bolstered by the Brighton Festival every May. 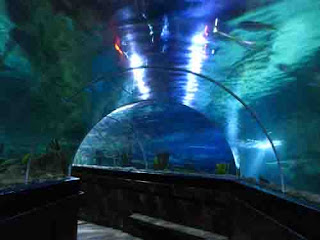 Brighton Sea Life center in Brighton is one of the world’s oldest operating aquariums. It was built in 1872 and as you enter you can see the stunning, original Victorian architecture. Visitors can view over 840 stunning sea creatures at the Day and Night exhibition, including reef sharks, zebra sharks, honeycomb stingrays, and fantail stingrays.

Examine the eye-catching beauty of starfish from across the world’s oceans in a dazzling display of color, lights and modern tanks. Then touch a starfish or an anemone and watch a fish feeding frenzy!

9) Number 9 is the Royal Pavilion

The Royal Pavilion is a stunning landmark in Brighton.

The ornate, Grade 1 listed structure, with its onion domes and minarets, was designed by John Nash in the early nineteenth century and was once a holiday home for George, Prince of Wales. Today visitors can get a glimpse inside the plush interior including the Banqueting Rooms, Royal Bedrooms and Great Kitchen.

There is also a fine art gallery and impressive grounds to be explored.

When Brighton was a humble fishing village the quarter now known as the Lanes was the core of the settlement. These narrow streets are now brimming with brilliant independent cafes, bakeries, record shops, vintage emporiums, bookstores, and artwork all housed in pretty sixteenth-century buildings.

Wandering this maze of passageways is a great way to spend an afternoon.

Pierre of the UK’s major landmarks, the Palace Pier pushes out into the English Channel for half a kilometer at the bottom of the Old Steine thoroughfare. It opened in 1899 and for most of the 20th century was dominated by a theatre.

Since then the Palace Pier has been an amusement park over the water, with fairground rides, traditional games, and arcades. The Pier is free to enter and great for a stroll.

6) At number 6 is Drusillas park

Just 30 minutes from Brighton, Drusillas Park is widely known as the best small zoo in England.

It offers a fantastic day out and includes hundreds of exotic animals, from monkeys and meerkats to penguins and pandas. However the animals are only half the fun as there are themed adventure play areas including Wild, Go Bananas and Amazon Adventure, plus the ultimate splash experience, Get Wet.

5) Number 5 is the Brighton Museum and Art Gallery

Brighton Museum and Art Gallery is located in the Royal Pavilion garden, at the heart of the city’s cultural quarter. Its diverse collections bring together the arts and history to tell stories about the city. The museum holds collections of decorative art, natural sciences, fine art, costumes, textiles, toys, film and more, all stylishly presented in absorbing galleries.

4) At number 4 is St Bartholomew’s Church

St Bartholomews is a Grade 1 listed, striking, red-brick Victorian Church that dates back to 1874. It rises up behind London Road and is visible throughout the city, but its great height is most impressive from within.

The architecture was inspired by the Italian Gothic style and there are horizontal bands of white Portland limestone climbing the south facade. St Bartholomew’s has the tallest nave of any parish church in the country, the walls being 90 feet high, and the lack of aisles tends to emphasize the height even further

A towering cross lies above the altar, and there are also several mosaics and paintings, part of the beautiful decoration of the interior.

Brighton Marina is set against a backdrop of white cliffs on the East Sussex coastline, just half a mile east of the historic city.

It is one of the largest marinas in the UK and has plenty to do for all ages. The Marina centers on the busy yacht harbor, with picturesque views of the moored yachts at the quay. A village in its own right it’s a great shopping hub with fashion boutiques, galleries, and craft shops, plus casual eateries with terraces overlooking the water.

2) At number 2 is Brighton Beach and Seafront

The pebble beach is over 5 miles long and has a Victorian glamour with a dash of Brighton’s youthful energy and style, with bars and clubs keeping the waterfront alive after dark.

Take a leisurely stroll along the bustling Brighton promenade and soak up the cosmopolitan atmosphere at one of the cafes, restaurants, and bars. Relax on the beach or try your hand at one of the many activities, including sailing,kite-surfing, volleyball, cycling, and tennis.

On the seafront stands the British Airways i360, an observation tower that opened in2016. The monument is a new landmark for the city and was designed by the team behind London.

Visitors embark on a 25-minute ride in a large pod with 360° panoramas at 162 meters above the city and coast. When the sun’s out visitors can see the cliffs at Beachy Head and the Isle of Wight,50 miles to the west.

So that sums up our top 10 things to do in Brighton, we hope you enjoyed,