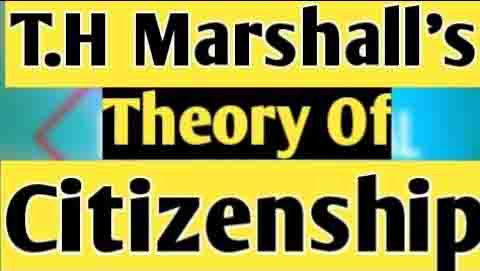 T.H Marshall’s Theory of Citizenship – T.H Marshall can be viewed as the main contributor to the modern theory of citizenship, who attempted to provide a universal notion of citizenship based on equality and right, grounded on historical development.

T.H Marshall attempted to relate the concept of citizenship with social class in the context of the rise of capitalism and its most significant byproduct – the market.

In his book ”Citizenship and social class” (1950), T.H Marshall characterizes citizens as the full and equivalent member of a political community, i.e. the state, and he clarifies ‘‘citizenship’’ as the process of expanding equality against the inequality of social class. 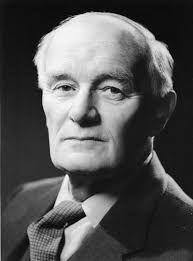 T.H Marshall characterized his theory of citizenship through 3 diverse arrangement of rights, created in three unique occasions of history, that is, civil rights in the eighteenth century, political rights in nineteenth-century and social rights in the twentieth century, corresponding with the development of specific state structures,  i. e.  the judiciary, parliamentary institution of governance and the educational system and the welfare state.

Types of citizenship in T.H Marshall’s Theory of Citizenship

T.H Marshall viewed these rights as negative rights because these rights placed restrictions on the power of government.

T.H Marshall characterizes social citizenship as the privilege or right to live a life of a civilized, being as per the standard prevailing in the society. T.H Marshall contends that these rights locate their institutional home in a welfare state. Social rights mitigate or eliminate disparity produced by the market economy without nullifying the market.

Social rights ensure the individuals a minimum social status and give the premise to exercise of both civil and political rights.

What Was New in T.H Marshall’s Theory of Citizenship?

Furthermore from T.H Marshall’s viewpoint, once citizens are viewed as the full individual of the society, they likewise get unquestionable social rights, for example, protection against poverty.

In T.H Marshall’s view, social right is an indispensable segment of the status of citizenship. He argues that a fully democratic regime can never survive without maintaining both social and formal political rights. Therefore social rights should get the very same status as the right to vote or rule of law.

So that sums up T.H Marshall’s Theory of Citizenship. Hope you like it. 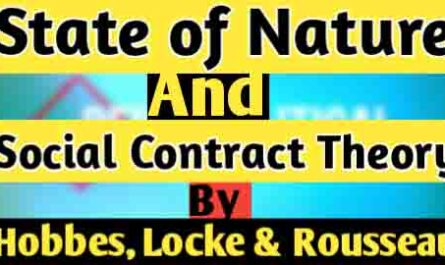 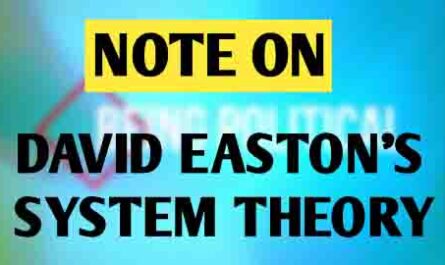