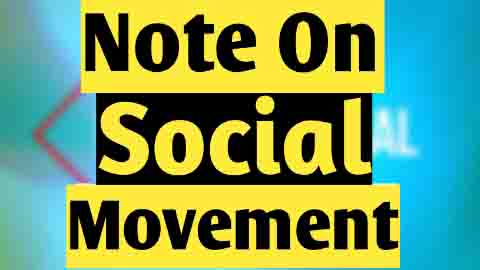 Some use these to represent historical Changes like modernizations urbanizations etc.

The term social movement can be traced back to the late 18th century when Western society involved in social economic and political upliftment.

Factors that led to the emergence of social movement:

Leader plays a significant role in expressions of ideology and in preparing strategies for action. Social Movement involves mobilization of people which is done by the leader

Social Movements give priority to certain programs over others and focus on a particular path of action that involves a set of ideas, propositions, and values that enable to perceive social relation, to form ideology for collective action and to achieve a collective goal.

Full Explanation of The Evolution of Social Science