What is Political Development

Political Development has been articulated to be part of society since the time of ancient Greek philosophers such as Plato and Aristotle.

The concept of political development was coined by economists and sociologists. It was gradually adopted by the political scientists for the study of various political systems.

Lucian W. Pye is the first political scientist who defines the concept of political development in a clear and precise manner. He defines it as the cultural diffusion and adaptation; fusion and adjustment of old patterns of life to new demands.

Political development means the participation of the mass of people as a whole in the political activities of the nation which may be either democratic or totalitarian in nature.

The subjects of the system should be active citizens. Equality also denotes that “laws should be of a universalistic nature, applicable to all and more or less in their operation”.

All people are equal before the law and there should not be any distinction on the basis of rich or poor, strong or weak regarding submission to the rule of law.

Capacity deals with the outputs .of the political system. It is generally related to the performance of the government and the conditions, which affect such performance.

It also connotes the sheer magnitude, scope and the scale of political and governmental performance, which ultimately lead to effectiveness and efficiency in the execution of public policy.

Differentiation indicates diffusion and specialization of structures. There is an equal division of labor within the governmental apparatus with distinct and limited functions for offices and agencies.

It also involves the integration of complex structures and processes. Pye says, “differentiation is not fragmentation and the isolation of the different parts of the political system but specialization based on an ultimate sense of integration. ”

After analyzing three elements of political development, Pye says that those elements do not necessarily go together. There may be tensions between the demands for equality, the requirements for capacity, and the processes of greater differentiation.

Demand for equality can pose a challenge to the capacity of the system and differentiation cannot ensure equality when the system needs people on the basis of specialized knowledge.

Besides, the development is neither unilinear nor determined by sharp and distinct stages, but marked by a set of problems, which occur separately or concurrently.

Concept of Political Development by Huntington

He argues political development as a process linked with the issue of political stability of institutions. It is linked with adaptability and change.

According to him, when a system cannot change but society is changing, what we find is political decay rather than political development.

Marxists tend to theorize ‘Political Development’ within the ideological matrix created by Marxian socialism. It emerges as an alternative to the capitalistic model of development. Marx, Lenin and Stalin are the main theorist of this form of political development.

The Marxist theory of political development advocates classless and stateless society wherein the principles of equality reigns supreme. It believes in the creation of a people’s democracy controlled by peasants and the industrial proletariats.

The above-mentioned concepts are the mainstream approach of political development but they are criticized for copying the west. They are seen as parochial. This is why alternative concepts came in the form of “underdevelopment”.

The foremost contributions to underdevelopment theory come from Furtado. In his book “Development and underdevelopment”, he argues why the west able to develop, why capitalist structure works in the west but not in third world countries.

Another major contribution in terms of political underdevelopment comes from the center-periphery model propounded by Andre Gunder Frank. In his book ”capitalism and underdevelopment in Latin America” (1967), Frank argues that the center is metropole and periphery is satellite.

Thus Frank argues that the underdevelopment of 3rd world countries is linked with dependency, which is a situation of unequal relation and symbol of domination. 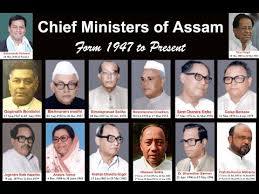