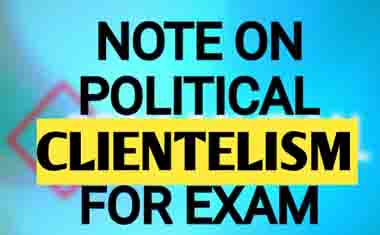 Political clientelism can be defined as a strategic process, in which political parties and government transfer material goods and services to the poor and marginal groups of the society as a means of securing their electoral support and consolidate political power.

According to Wilkinson and Hopkins, “Political Clientelism refers to the distribution of selective benefit (money, job, information, a variety of privileges to the individual or clearly defined groups in exchange of political support”.